He is a senior member of the Anthony Nolan Research Institute (ANRI) and Honorary Associate Professor, University College London (UCL). His research interests include regulatory T cells in transplantation and understanding how non-HLA factors in the donor graft influence transplant outcomes. He is also co-leading on two COVID-19 studies; the impact of cryopreservation of allogeneic haematopoietic cell grafts during the COVID-19 pandemic, and the impact of COVID-19 on unrelated donor search requests, work-up and donations.

Sarah Grace has worked in Haematology and Bone Marrow Transplantation since 1992, when she joined the nursing team on the BMT inpatient unit at Hammersmith Hospital. She moved to the Royal Free in 1999 to work as a research nurse in Haematology and for the last 20 years, she has practiced as a clinical nurse specialist in HSCT, initially at the Royal Free and currently at UCLH.
In this role, her responsibilities include allogeneic transplant coordination, particularly the assessment, education and supportive care of patients prior to transplantation, and throughout their post-transplant recovery. Sarah is a member of the national MDT for Primary Immune deficiencies in adults. She enjoys sharing her experience when teaching colleagues at UCLH.
Since completing an MSc, Sarah has, together with patients and colleagues at UCLH from the Haematology nursing, Therapies and Psychological support services, developed a pre transplant school for patients and carers, which was due to launch in April 2020. 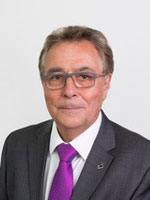 Professor Alejandro Madrigal is a world leader in the area of stem cell transplantation, who trained at the best universities such as UNAM, Harvard, Stanford and University College London (UCL).

His research, reflected in more than 500 articles, in journals such as Nature, and Lancet, J.Exp.Med, PNAS (cited 12,333 times, h-index 60) have helped save the lives of many patients and have changed the course of stem cell transplantation.

He has given more than 580 conferences in more than 58 countries and 243 cities and has trained more than one hundred doctors and scientists, at the Anthony Nolan Institute and at UCL where he has also been Vice Provost for the America and his tireless work has helped create donor registries and Umbilical Cord Banks around the world.

He has received the Gold Medal from the British Government. He also has received distinguished memberships from prestigious Academies in Mexico, Spain, Latin America, Russia, Poland, Ukraine, and the United Kingdom. For his achievements he has received three honoris Causa. And was elected President of the European Blood and Marrow Transplantation Society. 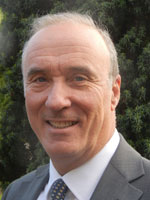 As Transplant Director, for 19 years to 2017, he lead King’s attainment to a Centre of Excellence and one of the largest unrelated, cord, haplo-identical transplant and cellular therapy programmes in the UK. In 2018, King’s became the first CAR-T centre in the UK to treat both adult ALL and NHL. He has published widely on haematological malignancies, stem cell transplantation and infections in this patient group. 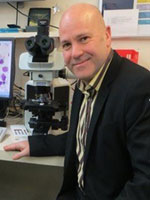 Professor John Snowden graduated from the University of Leeds in 1989 and trained in Internal Medicine and Haematology in the UK, New Zealand and Australia. In 2002, he was appointed as Consultant Haematologist & Director of Blood and Marrow Transplantation (BMT) at Sheffield Teaching Hospitals NHS Foundation Trust and holds Honorary Professorships with the University of Sheffield and University College London.

He is the current Secretary of the EBMT and the President-elect of the British Society for BMT and Cellular Therapy (BSBMTCT).

Professor Snowden has published over 250 clinical and scientific articles, reviews and book chapters, and led on key national and international clinical guidelines (h-index 45). 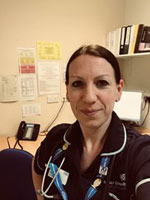 Marie is an Advanced Nurse Practitioner (ANP) in haematology mainly working in haemato-oncology and stem cell transplantation. She has worked in haematology and transplant since qualifying as a nurse in Aberdeen in 2000. She subsequently worked at the Christie Hospital Manchester before moving to Manchester Royal Infirmary as a transplant coordinator in 2006. Marie studied an MSc in advanced practice and qualified as an ANP in 2015. She holds the additional role as honorary senior clinical lecturer on the advanced clinical practitioner course at Manchester Metropolitan University.

Marie is currently chair of the UK EBMT nurses and AHP group and BMT Nurse Representative for BSBMTCT executive committee. She is also an expert advisor to NICE following involvement in the NICE haematology improving outcomes published in 2016. She has presented locally, nationally and at internationally at various conferences and has a published chapter in a nursing textbook.